His dad’s Turkish restaurant, Mangal 2 in east London, was in trouble. His brother needed help. Sertaç came to the rescue. “I had a job in Copenhagen, I had a girlfriend. But my brother said he needed help and he never asks for help. I broke up with my girlfriend, quit my job, and was home within the month.”

In 2014 Nisha gave up her 20-year barrister career and used all her savings to open the first Mowgli Street Food restaurant in Liverpool. Fast-forward to now and its 18 restaurants, 4 cookbooks and an MBE
The Spice Tree | The Mowgli Cook Book | Pimp My Rice | The 30 Minute Mowgli

Winner of MasterChef 2017 Saliha began cooking at the age of 12 and was heavily influenced by the Kashmiri style of cooking of her maternal grandmother and mother. Her book Khazana was the Observer Food cookbook of the year. 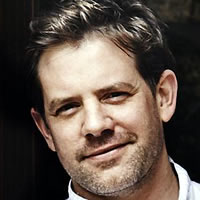 Saturday Kitchen is a cookery show full of mouth-watering food, great chefs and celebrity guests. Viewers get to vote on which recipe will be prepared for the guest at the end of the episode. Also featured is a regular wine-tasting segment.

Saturday Kitchen has become a national institution and its enduring popularity shows how food has moved from “functional niche” to ‘mainstream lifestyle’. Its theme tune is now as much a signifier of a Saturday as a leisurely late breakfast, visiting the shops or Match of the Day.

Millions start the weekend by waking up to Saturday Kitchen and an assortment of chefs and celebrities with books or films to promote, with the show competing with the more traditional talk show formats as a number one choice for agents. Meanwhile, the Saturday Kitchen recipes and the memorable ‘food heaven and hell’ are now part of the national lexicon.

Ainsley Harriott hosted the pilot programme for Saturday Kitchen on 14 April 2001 but it was not until 26 January 2002 that the show was launched.

It was hosted by Gregg Wallace, then a relatively unknown presenter and it was broadcast as a BBC production for the Open University as more of an educational programme than entertainment.

The programme had a low budget and was pre-recorded with Greg being joined by a celebrity chef each week. It included archived content from the likes of Keith Floyd and Rick Stein to fill the show as it still does to this day.

After the first series, the second series went out live.

After the success of the first two series, the programme was relaunched with established celebrity chef Antony Worrall Thompson as the host and the format was adjusted in two ways.

It moved away from the educational remit and simple meals to more aspirational food. There was an increase in guest chefs, some with Michelin stars and the show now included celebrity guests.

The BBC archive was retained for the revamped format, with Antony Worrall Thompson and the guest chefs preparing dishes. The archive clips used between the live Saturday Kitchen recipes was to allow time to clean-up and reset the studio kitchen.

During the summer of 2004, the programme temporarily moved to BBC One and aired as Saturday Brunch, live from Antony Worrall Thompson’s home.

Subsequently, in January 2006, the show moved from BBC Two to BBC One on a three-month trial. There was controversy when this was made permanent because it moved children’s programming from its regular slot on the BBC for the first time since the 1970s.

Before the introduction of the Heaven and Hell feature of later series, the programme featured Antony and the guest chefs pitching a dish to be cooked, which the public voted on and a running total of wins were recorded by using fridge magnets.

James Martin took over as host from 24 June 2006 when Antony Worrall Thompson left the BBC to present Saturday Cooks! On ITV.

During James Martin’s time, the audience increased from 1.2 million to around 2.5 million, peaking at 2.7 million on 9 January 2010 and made Saturday Kitchen a national institution.

On 23 February 2016, James announced that he would be leaving the show to concentrate on other commitments, and “to have a lie in” on a Saturday. His last show was on 26 March.

Since April 2016, Saturday Kitchen has been hosted by a group of chefs on a rotational basis.

Each week, a wine expert pairs wines to go with the Saturday Kitchen recipes.

Previously, the wine experts filmed on location at various supermarkets and wine shops around the UK. These were typically filmed earlier in the week, and edited in time for the show.

Since April 2017, rotating wine experts have joined the host, the guest chefs, and the celebrity guest in the studio.

As part of the tender for the production of the programme released in October 2016, it was confirmed that the show and Best Bites will remain on air until March 2020, airing 52 episodes and 50 episodes per year respectively. It also confirmed the show will remain live and continue to feature guest chefs and archive content but may see changes to the presenters.

In February 2017, the BBC announced that Cactus TV had been awarded the tender.

Each show typically includes a host chef and two guest chefs, each cooking a Saturday Kitchen recipe in the studio. They are joined by a celebrity guest, usually on to promote a forthcoming or current project.

In between each studio dish, excerpts are shown from the BBC Archives. The footage has most commonly come from Rick Stein and Keith Floyd, but have also featured James Martin, The Hairy Bikers, and Tom Kerridge, among many others.

No longer a part of the current format each week, the guest chefs were challenged to cook a three-egg omelette, as quickly as possible.

The record-holder is Theo Randall with a time of 14.76 seconds, set on 2 May 2015. The achievement was recognised by Guinness World Records and Randall is officially the world’s fastest omelette maker.

Each show concludes with the host and guest chefs cooking the celebrity guest a dish containing their favourite or least-favourite ingredient/s.

Which dish is cooked depends on a vote. Each viewer who has called in during the show to ask the guest chefs and host a culinary question or conundrum chooses which dish they would like to see cooked, as does each guest chef.

As with other Saturday Kitchen recipes, the Heaven-or-Hell selection is also wine-paired.